Thanks to everyone who has donated, volunteered, fostered, or otherwise helped out in the last two weeks. Thanks to dedicated people like you, Gateway Pet Guardians was able to rescue 25 dogs from the cold streets of East St. Louis in just 14 days.

To give you an idea of how HUGE of a deal that is, we normally rescue an average of 100 dogs a year. We’ve hit a quarter of our rescues in the first… 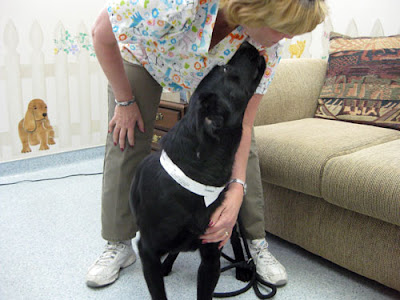 First, thanks to everyone who stepped up to foster puppies this week for us. We are so happy to say that by tonight they will all be in their new foster homes.Next, PJ found Nigella’s puppies today! This means a few things…We are going to need a few more puppy fosters in the near future and we are going to be able to pull the remaining three of Nigel’s pack! I will keep you posted.Finally, t…

-2º on Friday. Please help us get some dogs off of the streets

We were able to rescue Chenille on Tuesday. Turns out she is not pregnant. Doesn’t she look pregnant?

She is being treated for heartworm and is safe at the vet, but still needs a foster home.

Which brings me to why I am sending this newsletter. It is COLD outside and it is only getting colder. We will pull as many dogs as we have fosters for.

That’s right! If YOU will foster, then we can sav…

Two Week Rescue Effort Saves 25 Dogs from Frigid Temperatures
Saint Louis, MO, January 5, 2010 – During the first two weeks of January, Gateway Pet Guardians completed its largest rescue effort to date. It began with efforts to retrieve a pack of 15 neglected adult dogs and puppies from the cold streets of East St. Louis. The pack, originally consisting of six adult dogs, two of which have just…