Saint Louis, MO, June 29, 2010 – After 11 months of filming on the streets of East St. Louis, Gateway Guardians: A Documentary is ready for debut at the Tivoli on July 18th at noon.

The documentary tells the story of the many homeless dogs that roam the streets in East St. Louis, and the volunteers who spend their time feeding, rescuing, fostering and adopting them out.

“The state of thes…

Gateway Pet Guardians Featured in Bark Magazine
On the edge of the American Rust Belt, the once-prosperous city of East St. Louis, Ill., collapsed with industry in the 1960s and ’70s. Anyone with means moved away, siphoning off more than half the city’s population. Those who remain live in a landsca…

A chance to make your life a little Sonny-er 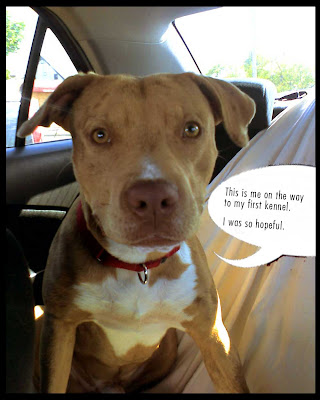 We pulled Sonny close to a year ago when a local parishioners said they were going to call animal control to have him picked up.We could tell he was a sweet boy, and we did not want to see him put down. When we sent out the plea for Sonny, we did not get any responses, except for one, from Paul Boyer who was generous enough to pay for Sonny’s boarding.Sonny was thankful to Paul for saving his…