Hedge clippers, crowbar, hammer,  flashlight, shovel, and pick axe – check.  Not really the items that come to mind when you think about a puppy rescue, but they’re just a few of the tools P.J. Hightower keeps in her arsenal when she’s searching out a litter of puppies in East St. Louis.

“It’s not not uncommon for our volunteers to go crawling…

So you wonder what it’s like to go on a rescue??

So, wonder what it is like going on a rescue?? Or feeding the pups on the East side? Either way, if you are set to “ride” with PJ in the morning, you best be prepared for anything! Some mornings I would ride, unaware any type of rescue was planned, and find myself desiring thicker pants, and bulky gloves! Or maybe thought we would be in the car more, and realized once we got there that we would be outside for an indefinite amount of time and I really was fantasizing about polartec leggings under my jeans! Generally she provides the flashlights and tools, but you might want to ma

Gateway Pet Guardians Announce New Addition to Board of Directors

Saint Louis, MO, April 14, 2011 – Gateway Pet Guardians, a nonprofit animal rescue located in St. Louis, announces Lisa Boyer as the latest addition to the organization Board of Directors. Boyer accepted the position in March and joined the other five board members later that month. Boyer has 20 years of professional sales and management experience and is currently employed as a Strategic…

The Story of Bea & Aaron.

The video below is when we “Re-Rescued Bea & Aaron. They lived on the streets of East St. Louis their whole lives and were rescued September, 2010. They escaped the VERY next morning, around 7:30 am. Aaron managed to get out of an 8 foot fence and Bea followed him a few minutes later. They were wandering around the streets of Soulard all day of their escape, but not together. They had not found each other. We followed everyone’s “sightings”

The Spirit of Sylvia 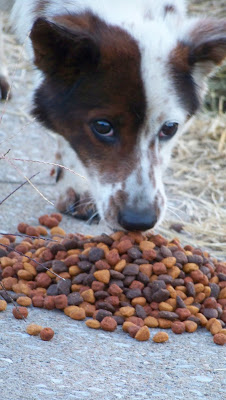 SylviaRest in Peace our little angel.

Our hearts are breaking at Gateway Pet Guardians today.  Sylvia got hit by a car yesterday.  It took me awhile to figure out that she actually had passed away, that she was really gone.  Sylvia was one of the dogs living on the streets in East St. Louis.  PJ & Gateway Pet Guardians goes every single morning to feed these dogs and…

Saint Louis, MO, April 6, 2011 – Gateway Pet Guardians’ latest fund raiser, the “Tees and Tails” Golf Tournament and “Wine and Wags” Wine Tasting event on Saturday, April 30th, will raise money for the construction of a much-needed animal shelter in East St. Louis. Both events will be held at the Clinton Hill Golf Course in Swansea, IL.

Saint Louis, MO, March 11, 2011 – The Fairview Heights, IL Pasta House is gearing up for its third annual Pasta for Pets event,  a fundraiser benefiting Gateway Pet Guardians that will take place on Thursday, March 24, 2011 from 6PM to 9PM. The event, which has been very successful in the previous two years, is a popular family affair that raises money for Gateway Pet Guardians, a loca…

The St. Louis Petlover Coalition is supporting a new campaign, asking pet owners to take the pledge to spay/neuter their pets.

Gateway Pet Guardians push public to sign petition for HB 240
Saint Louis, MO, February 6, 2011 – Gateways Pet Guardians’ mission is simple-rescue as many dogs and cats as possible and try to help control the stray problem in the St. Louis area, specifically in East St. Louis. But currently no person, including rescue organizations, can capture a stray dog or cat for the purposes of spayed…

As the Rest of St. Louis Waits Out the Winter Storm, Gateway Pet Guardians’ Mission Continues

Saint Louis, MO, February 2, 2011 – Neither snow, nor rain, nor BLIZZARD shall keep her from her appointed rounds.  No, she’s not the U.S. Postal Service, she’s P.J. Hightower, and even as St. Louis faces blizzard-like conditions, it’s business as usual for her.  While everyone else in the city is hunkered down in the comfort of their warm homes, P.J. makes the trek across the river to…